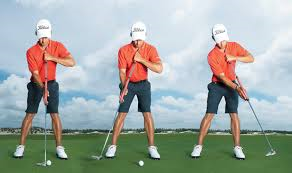 We all know about the nerve-wracking putt that we are all faced in golf especially the 3ft-4ft putt .  Nerves can get the better of you. It could  be the Masters, a friendly hit with mates or for drinks on the last hole.

The fact of the matter is that the stroke itself is hard.

Over the last 20 years when Sam Torrence began and Peter Senior made them more famous . Long putters, which most are anchored against a player’s chest or belly, have offered a solution to steady hands and a smooth stroke.

But last Tuesday, the R & A  that determine the rules of golf made such strokes illegal.

They must, they said, “protect and preserve the game and its challenges.”

This to determine how a golf club can – and cannot – be held.

It must be remembered that each of these players were great players in their own right using the short putter growing up and when they first turned professional . Would they of won as many tournaments with the short putter if they had of used it ? We will never know. Would Adam Scott of holed that putt last month if he had of been using a short putter?

“The bottom line is that anchoring has generated serious division within the game and among players about whether those who anchor play the same game and face the same challenges,” said Glen D. Nager, a Washington lawyer, member of the Chevy Chase Club and president of the USGA. “Such divisiveness is corrosive to a game that’s based on sportsmanship.”

The issue, within golf , is quite serious. Winners of four of the past six major championships – the Masters, U.S. Open, British Open and PGA Championship – have used anchored strokes to earn their victories. But in hindsight many championships were not won with the long putter , even though it was available ?

I am a firm believer that it should be banned  , yet the metal driver and the ball should be limited or we should go back to wooden drivers if the ruling bodies really want to bring shot making and make this game more challenging than it already is.

But I will leave you with this ….the average golfers handicap average has not gone down with all the improvements in golf, from long putters, the ball and the 47 inch drivers.

This game is hard plain and simple ……..

Well there was a time when I was a little embarrassed to drive around my Tiger Woods car , through his personal decline in the media and when his golf dropped down and he fell from grace not only in the world golf rankings but also in the public eye.
Yesterday the greatest player in World Golf stood alone at the Players Championship.

Woods, had to call on his steady golf that eluded him in recent times and he  won for the 78th time in 286 tour starts as a professional.

Woods recently ended a two-year winless drought in official tour events last March and has now won in four of his seven starts in 2013. “Am I surprised?” Woods said. “No. I know a lot of people in this room thought I was done. But I’m not.”

Tiger has now got his No #1 World Ranking back and I drive around my “Tiger Car” with pride……..not that I cared what other people thought of me driving it around in the first place……

Tiger Woods will go into the history books as the best golfer the world has ever seen.

It will take somebody very special to recreate the record that he continues to build , in fact I don’t think it will ever be beaten 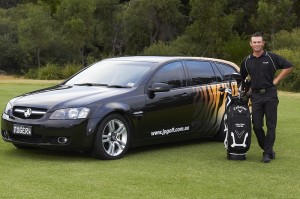 Cheltenham Golf Club have gone undeafeted this year in pennant and have been promoted to Division 1 next year. One of their stars is coached by Jonathan Porter and is coming up the ranks in Victorian Golf.

I wish Darcy all the best next week in the final and I am sure he will draw on all his experiences from his short golf career which includes winning the 2012 Club Championship at Cheltenham Golf Club following in the footsteps of Geoff Ogilvy who was once a member of Cheltenham.

Good Luck Darcy or should I say Good Skill !! 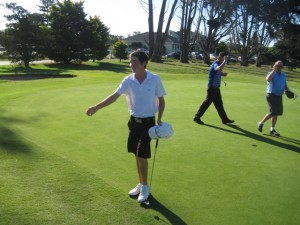 One Day Golf Schools are the best way to improve your golf as the professional has a whole day to work on your game and lift it to the next level.

One Day Golf Schools cover all aspects of the game including but not limited to Full Swing analysis , Chipping, Putting, Bunker play , Pitching and on course instruction.

Spending a whole day with Jonathan Porter will be an experience to treasure and will improve your shortgame and long game and give me a great opportunity to evaluate all areas of your game.